Do You Want To Be Forgotten?

I was reading an article over the weekend that, unfortunately for my husband, was one of those that caused me to get on my soap box and have a bit of a rant and, as he was the only person around at the time, it was inevitably aimed at him.

However, after about 15 minutes of following him around and aggressively (but eloquently) putting my point across, whilst he told me that I was right and that he agreed with me (naturally), I realized that my chosen means of dissemination was fruitless and decided to air my views here instead. 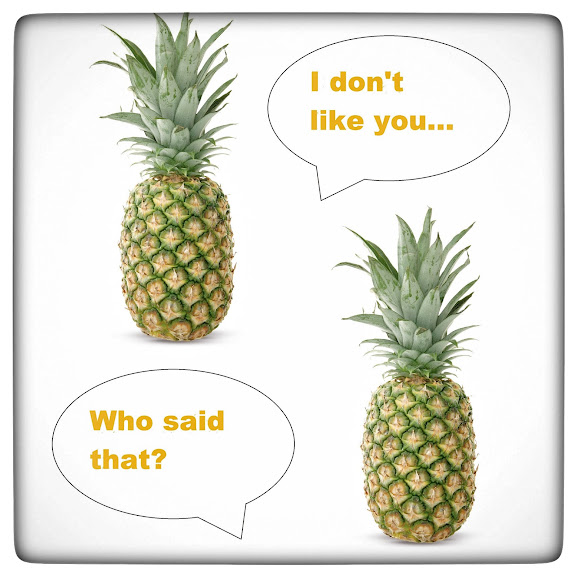 But what was this incendiary piece of literature, I hear you cry? It was actually a fairly innocuous little blog post on Search Engine Journal, Google Updates “Right to Be Forgotten” Notification, about (surprise surprise) the fact that Google is now providing webmasters with more information when a page is removed from the search results as a result of a Right to be Forgotten request.

Now before you get the wrong end of the stick, it wasn’t Search Engine Journal’s worthy blog post that got me all riled up; in fact, I actually think that Google’s move to provide more information is a good one. Before this, the notification email was rather brusque, to say the least, and left webmasters with more questions than answers, assuming they weren’t the one that had made the Right to be Forgotten request, that is.

No, rather than Google’s updated email system, the thing that made me fume was the whole Right to be Forgotten ruling itself.

The Right to be Forgotten

For those of you who’ve been living on Mars for the last few months, the Right to be Forgotten is a ruling that was made in May 2014 by the European Court of Justice. The ruling was made in response to a case that was brought by Mario Costeja González, following his failure to get a notice from 1998, originally reported in a Spanish newspaper and about his home being reposed, deleted from everywhere it was ever published and every public record in which it appeared, the internet included.

The European Court of Justice ruled in favour of Mr Costeja Gonzalez and decreed that Google must delete data that is “inadequate, irrelevant or no longer relevant” from its search results when a person named in that data requests it.

Google fervently opposed this case prior to the judgement and has been consistent in voicing its displeasure since the ruling was imposed. Despite declaring that they had hired “an army of paralegals” to deal with the torrent of requests from people wishing to exercise their Right to be Forgotten, Google have clearly done the absolute minimum to ensure that they comply with this new ruling and, if I’m honest, I don’t blame them.

So this is how it works; say, for example, that Mr Smith left a comment on Mr Jones’ blog post in 2003, saying that he didn’t like pineapples. Roll forward to 2014 and Mr Smith now loves pineapples, so much so that he has set up his own shop selling nothing but pineapples. Mr Smith realises that his previous declaration of hatred against the humble pineapple might damage his current reputation as a premium pineapple pundit and so he exercises his Right to be Forgotten and requests that Google removes that page from its search results.

Now, as Google has no option but to comply with this ruling, it duly removes that page from any search that anyone may make for ‘Mr Smith’. Mr Smith is now very happy and feels safe in the knowledge that no one will now know about his previous pineapple misdemeanors. Unfortunately, Mr Smith is deluding himself and this is where the whole issue of a Right to be Forgotten becomes very, very silly.

If we just go back to the beginning again for a moment and return to the point where I am spending my Sunday having my little paddy; I decided to Google (rather ironic, I know) ‘Right to be Forgotten’ and came across a very interesting blog post by Robert Peston, the BBC’s Economics Editor, entitled Why has Google cast me into oblivion?.

According to Robert Peston, he has been put in the same position as our Mr Jones, in that he received a notification from Google (and this was before the aforementioned changes to their notification email) informing him that one of his blogs had been removed from the European search results as a result of a Right to be Forgotten request. It transpires that this was due to a comment that someone had left on the blog post, as opposed to someone whom Robert Peston had mentioned in the blog.

Quite rightly, Robert Peston queries the validity of this move and questions whether

“in removing the blog, Google is confirming the fears of many in the industry that the “right to be forgotten” will be abused to curb freedom of expression and to suppress legitimate journalism that is in the public interest.”

In addition to Robert Peston’s blog, my brief research also flagged up a myriad of other blogs and articles by all sort of people, all of whom vehemently opposed the ‘Right to be Forgotten’, not only for the same reason as Robert Peston but also on the grounds that it sets a dangerous precedence and puts us on a slippery slope towards government censorship and the erosion of personal freedoms.

In his blog post entitled Why A “Right To Be Forgotten” Is Really Really Bad For Privacy, Rick Falkvinge argued that a

“right to be forgotten for somebody else is a right for the government to determine what is and what isn’t in my memory. And yours. That’s terrible.”

But Here’s The Rub…

Of course, a little melodramatic and sensational as some of the articles I found undoubtedly were, I absolutely agree with most of the arguments that they expound; allowing certain individuals to determine what is and isn’t in the public record is appalling and sets us on a very dangerous slippery slope.

Having said that (and this is the bit that got me shouting at my husband, my laptop, my son, my Dad and the dog on Sunday) it’s all just completely pointless.

Not only are such pages removed from European search results only, meaning that anyone outside of Europe will still be able to find them, but they are also only removed from the results of searches for that specific name. So, going back to our own example, anyone searching for ‘Mr Jones’ Blog on Pineapples’ will still find the page on which Mr Smith’s comment appears and, even more ridiculously, anyone searching for ‘Mr Smith Pineapples’ (as opposed to just ‘Mr Smith’) will also still find the offending page.

In fact, even the term ‘Right to be Forgotten’ is a misnomer, as what it really amounts to is a right not to be searched and that in itself is silly; all the information is still there and just needs to be found using a slightly different search term. Anyone determined enough to find out whatever it is that the person making the request wants hidden, will still find it out and people are kidding themselves if they think otherwise.

Of course, the criteria of “inadequate, irrelevant or no longer relevant” means that a page will not be removed from the search results if it is deemed to be in the public interest; the difficulty here being who  makes that decision on what constitutes a public interest.

Google has said that it will assess every Right to be Forgotten application individually and make a decision on whether or not to strike it from the results based on the individual merits of that case. Crucially, any webmaster who receives notification that one of their pages has been removed (assuming they did not make the request themselves) can now appeal against the decision by stating their case that the information is in the public interest. If Google agrees, then the page may be reinstated.

This flags up an even more depressing aspect of the Right to be Forgotten ruling though; as any information removed is by  definition no longer relevant, the chances are that very few people will even remember it anyway and even fewer will care, so drawing attention to something that was said or happened years ago by putting in a Right to be Forgotten request seems counterproductive; I would have thought it much better to just let it pass into history and concentrate on improving or changing your image by creating new and more positive content instead.

Naturally, as this ruling has only been in effect for less than 6 months, everything is still very much in its infancy and, as Robert Peston allowed, the issues that have arisen so far may simply be as a result of teething problems. To date, Google has received over 40,000 Right to be Forgotten requests and, as they are dealing with each one individually, there are bound to be mistakes made and lessons learned along the way.

Although there has been talk amongst the blogosphere that the Right to be Forgotten ruling will be expanded beyond search engines, potentially applying to any archive website or site with a powerful search capacity and worldwide, not just in Europe, it’s clear that Google are going to continue, in the short term at least, to do the minimum they can get away with whilst still complying.

Only time will tell in which direction all of this will go but, however it pans out, I’m still going to tell anyone and everyone who’ll listen that’s it’s all a complete fallacy and not even possible, let alone right. God help my husband!

Do You Want To Be Forgotten?