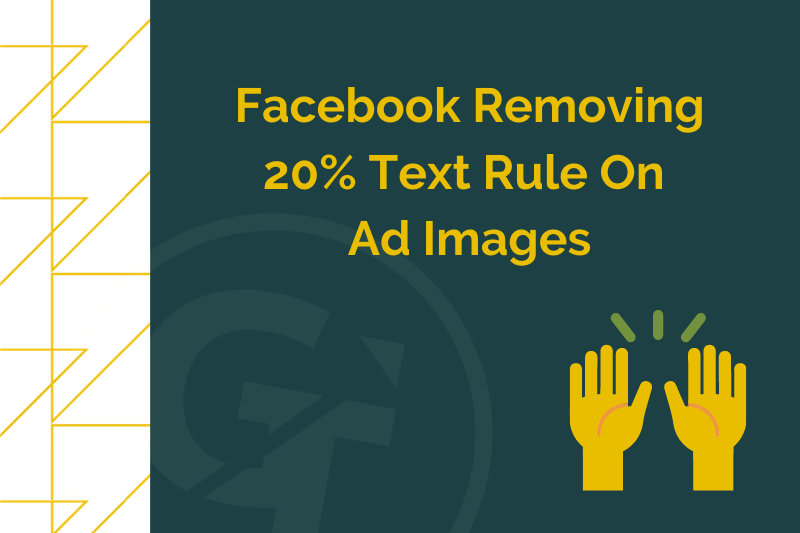 Facebook has this week completely scrapped the 20% text limit on ad images. Although Facebook hasn’t made a formal statement users are reporting changes to the long-standing rule, and the About text in ad images page has been updated.

Facebook has so far remained quiet on the update but folk who advertise on the platform have been receiving direct messages, as shared on Twitter by social media industry commentator, Matt Navarra:

Previously, Facebook ad images could not be made up of more than 20% text. Sounds easy but it was quite difficult! Facebook ad restrictions have always been a pain in the butt for advertisers having to reformat, tinker with or significantly change adverts to fit the 20% text criteria.

To make things easier for advertisers, Facebook eventually provided a Text Overlay tool where you could check your ads met their criteria.

Why Did It Even Exist?

Facebook has always maintained that social media users prefer adverts with less text in them – the 20% rule was in place to improve user experience. 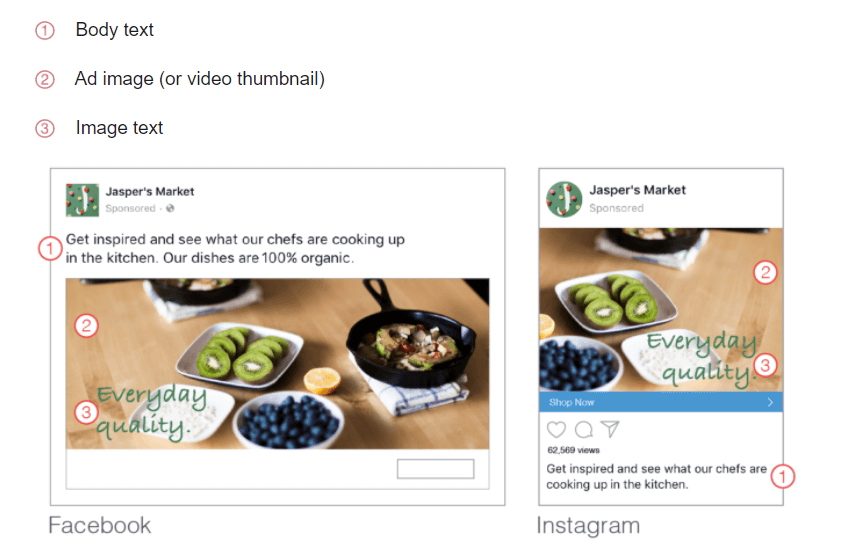 Prior to the multiple ad units and media options that Facebook now have available to advertisers, adverts were a simple text and image combo. Too much text on the old-style ads was considered overwhelming to users and made newsfeeds too busy.

As ads have evolved and images with text overlay, including emojis and graphics have become the norm, Facebook now obviously feel users don’t care so much about text in ad visuals.

There have always been some instances where the 20% rule hasn’t been applied and these include:

But back in 2018, Facebook did even start to allow ads containing more than 20% text to be used on a limited basis – the ‘penalty’ being fewer impressions for advertisers.

The social media platform is still offering advice on reducing text and state that less wordy ads are preferable. Their wording currently states:

Facebook’s ad system is designed to maximise value for people and businesses. That’s why we conduct research and analyse feedback from our community to understand how different attributes of an ad affect the ad’s performance. We’ve found that images with less than 20% text perform better. With this in mind, we recommend keeping your text short, clear and concise in order to get your message across effectively.

Getting rid of the 20% rule just means that should you want to run an ad with more text, theoretically, this will reach just as many users as an ad with less text. Whether the ad is effective or not is up to you.

In general, adverts that are clear, punchy and get to the point convert better but there is no doubt that 20% text was perhaps, just a little too stingy in some circumstances.

Either way, advertisers will now have more creative freedom when it comes to ad messaging and fewer frustrations dealing with the sometimes-random Facebook ad approval system.

Feeling stuck for inspiration for your Facebook adverts or need help managing an ad campaign? We offer PPC (Pay Per Click) management services and have had many recent successes helping businesses launch new products or broaden their audiences using Facebook ads.

Please get in touch to tell us about your project or ask us a question.