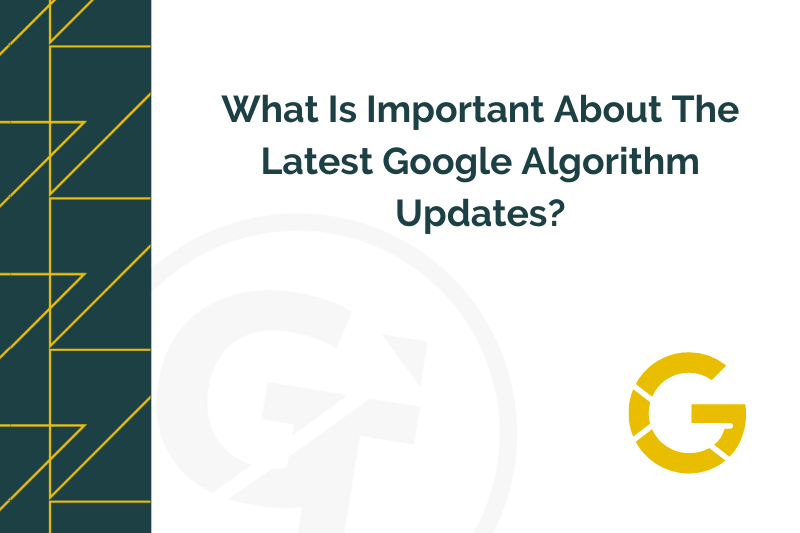 In June and July 2021, Google rolled out a two-part core update. Google rolls out algorithm updates every day to improve the way their search engine works.

Most updates come and go without much of a fuss. And Google rarely tells us beforehand. Sometimes, website owners and others within the search engine community will notice changes, probing Google Webmasters to confirm updates.

And other times, Google announces an update in advance, allowing site owners to make changes to their website to minimise the impact of the update.

This Google core update was announced on Twitter. Google releases these broad core updates every few months, with the last one taking place in December 2020.

Top 5 Things To Know About The Latest Google Core Update

The first part of the two-part Google core update began to roll out on 2nd June and impacted the rankings of countless websites almost immediately.

The second part of the update, the part focusing on page experience, rolled out between 1st July and 12th July. According to Search Engine Journal, the July update was preceded by two spam updates, which is relatively unusual for Google.

It has now been more than a week since the updates were fully rolled out. After looking at the data, here are the five things we recommend you take away from the Google core update:

1.      Sudden Changes To Your Rankings Will Be Linked To The Update

It is safe to say that the 2021 core update significantly impacted rankings. If in the past month or so you have experienced a sudden drop or increase in visitors to your website, it is likely down to the update.

2.      Some Industries Were Impacted More Than Others

As with every core update, the June/July 2021 update had winners and losers. Not only were some industries impacted more than others, but the June rollout affected completely different industries to the July rollout. According to data from AMS Digital, the June update saw significant impacts to:

SemRush data also found that categories that experienced the most change included health, autos, pets and animals, science, and travel.

3.      It Doesn’t Mean There’s Anything Wrong With Your Website

If your website has taken a sudden hit due to the update, it’s important to remember that there may be nothing to fix.

Most site owners begin to make changes in an effort to fix whatever it is they think is broken. But making hasty changes to your website can do more harm than good. Back in August 2019, Google itself stated the following “sites that experience drops will be looking for a fix, and we want to ensure they don’t try to fix the wrong things. Moreover, there might not be anything to fix at all” when addressing core updates.

With that being said, this year’s update focused on core web vitals, including page experience. The three core web vitals relate to the speed, responsiveness and visual stability of your website.

So, if your website took a hit following the update, it may be because your website is slow (which could be down to the server hosting it), or your website may be unresponsive or visually unstable in certain areas.

4. There are More Google Core Updates To Come

As we mentioned earlier, core updates happen every few months or so. And if you have been negatively impacted by this specific update, you may see positive changes in the next core update.

For example, many of the websites and businesses that benefited from the June/July 2021 update are the same websites that lost out in previous core updates, particularly the Nov/Dec 2020 updates.

In the past, Google has shared recommendations to help combat the fluctuations that come with core updates. These recommendations are still relevant and useful today and focus on prioritising relevant, quality content.

Building high-quality backlinks that improve the authority and trustworthiness of your site can also help your website remain stable during update rollouts.

If your website has taken a hit due to the June/July core update, and you would like some help with your SEO, get in touch with GrowTraffic.

We are a multi-award-winning digital marketing agency based in Lancashire and Yorkshire that offers a wide range of digital marketing services. But we specialise in SEO and content marketing! You can call us on 0161 706 0012 or send us an email at [email protected]