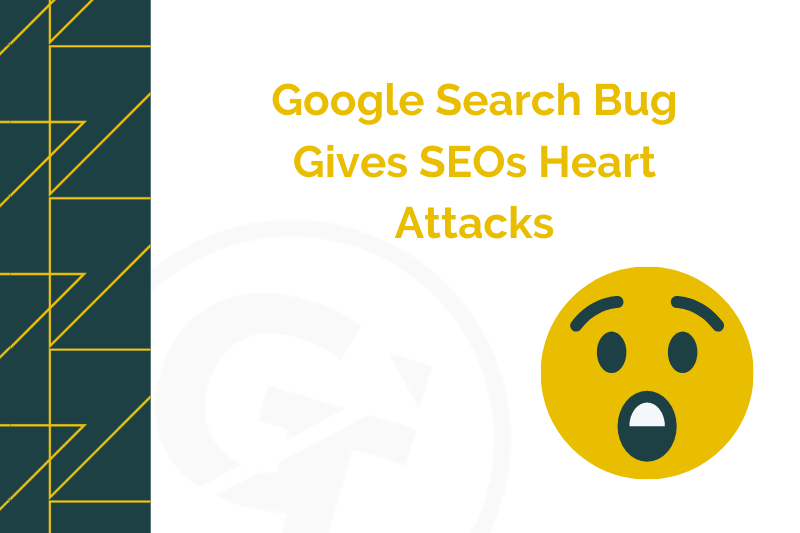 SEOs went into a panic on Monday, when we noticed huge drops to rankings in Google search results. Google has now confirmed it was a bug but not after much initial alarm from the community. Here’s the full story.

People first started to notice changes to Google search results around 5 pm on Monday, August 10. By 9 pm there was full scale panic, but Google confirmed in the early hours of the morning that the changes were due to a ‘bug’ and then shortly afterwards, that the issue was resolved.

The plummeting rankings seem to have only lasted a few hours, but initially folk thought it was an algorithm update as the anomalies were reminiscent of older updates. It soon became clear that it was some sort of error though.

Google assures us that the error is now fixed. Yesterday they confirmed again that the strange bug was indeed an error and was related to an issue with its indexing systems:

“On Monday we detected an issue with our indexing systems that affected Google search results. Once the issue was identified, it was promptly fixed by our Site Reliability Engineers and by now it has been mitigated.”

Although the bug has been fixed, your Analytics and SEO tools won’t reflect that – rankings did change, as they do all the time.  This will be clearly visible in your reporting and for SEO agencies like us, this must be explained to clients.

If you see uncharacteristic changes in Google organic search traffic from late Monday through to early Tuesday, we suggest making an annotation to explain the changes were caused by a Google issue and are not reflective of your overall organic search strategy.  They should, therefore, be ignored.

The issue is fixed now but as reported by Barry Schwartz, he and many others were not happy with Googles rather short explanation. It didn’t reflect the collective panic felt by SEOs or the severity of the changes witnessed.

For now, all appears to be well – there is never a dull moment in SEO!