Google To Roll Out Testing Of Cookie Alternative In Q2 2021 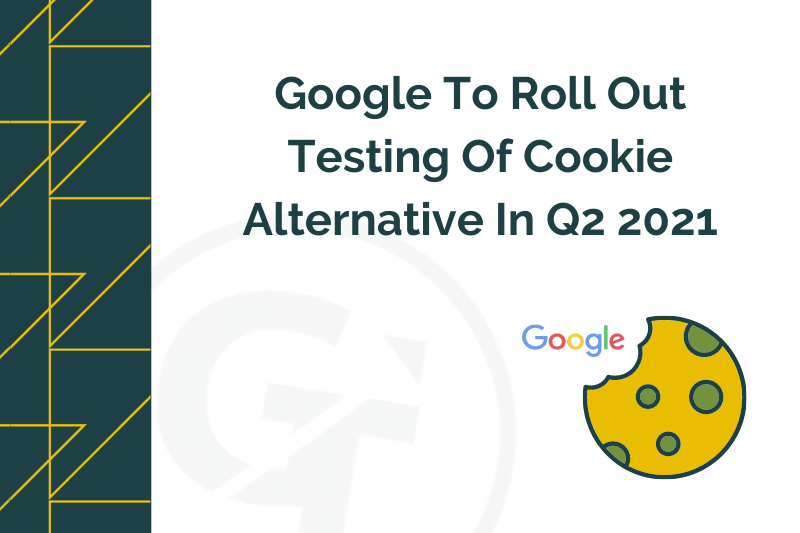 Google has just announced they’ll be making their alternative to cookies available for public testing in the second quarter of the year.

In the last quarter of 2020 Google announced they were testing their alternative to cookies called Federated Learning of Cohorts (FLoC).

According to Google: “Federated Learning of Cohorts (FLoC) … effectively hides individuals ‘in the crowd’ and uses on-device processing to keep a person’s web history private on the browser… Chrome intends to make FLoC-based cohorts available for public testing through origin trials with its next release in March and we expect to begin testing FLoC-based cohorts with advertisers in Google Ads in Q2”

What Is Google FLoC All About?

Basically, the new process just groups people together based on their interests in order that the privacy of the individual is protected whilst enabling advertisers still to serve relevant ads and crucially keeping the individual’s data private.

This is hugely important to advertisers using PPC as a major source of their revenue streams because it will invariably change how effective Google is at understanding data. It could be beneficial to them in some areas and less so in others.

There has been a massive backlash over the last few years that has primarily been led by the media but which has been growing steadily amount of public interest over time to reduce the use of cookie tracking and browser fingerprinting. It’s not going to be perfect for advertisers though. Google says, “Our tests show that advertisers can expect to see at least 95% of the conversions per dollar spent when compared to cookie-based advertising.”

Of course, we’re in a brand new era of GDPR and CCPA etc. We are going to see third party cookies occurring less frequently over time as privacy becomes an increasing issue. However, data is the price we pay for the free use of some of the most valuable services we use on the internet so we’re going to have to comes to terms with it in some capacity.

Google went on to say: “We are more confident than ever that the Privacy Sandbox is the best path forward to improve privacy for web users while ensuring publishers can earn what they need to fund great content and advertisers can reach the right people for their products.”

We’ve yet to see how it plays out, one of the main problems with FLoC is there is a potential for the amalgamated and anonymised data to be decoded, so it will be interesting to see what Google is doing to overcome these potential issues.

The launch in Q2 of this year represents the start of the testing period and this is going to require some input from users saying: “Google is launching experiments that are intended to provide bidders with an opportunity to test and provide collaborative feedback on ads-privacy proposals–these are features intended to improve user privacy protections and provide mechanisms for testing Chrome Privacy Sandbox proposals. We strongly encourage interested bidders to sign up and participate!”

Google To Roll Out Testing Of Cookie Alternative In Q2 2021