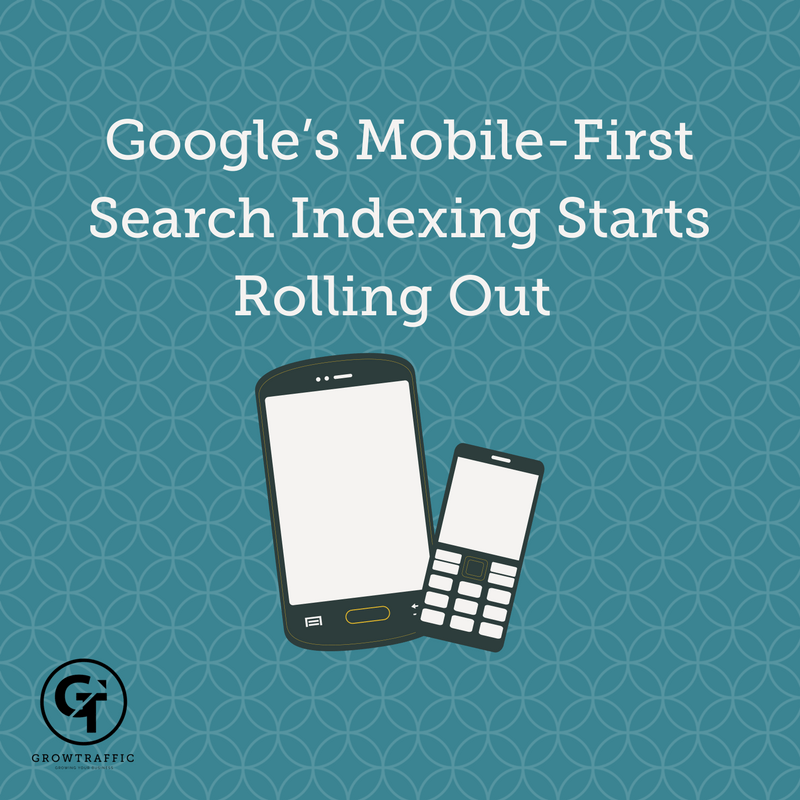 Google has made the decision to use mobile first indexing due to the changing habits of search consumers which see most people consuming their content through mobile devices such as tablets and phones.

There is still only going to be one index, it’s just they will be increasingly using the mobile version of websites as the version of the website that appears in that index. It shouldn’t be too bad for those websites that are designed to be mobile first and which have responsive versions of the desktop content. But it may be more difficult for some other websites. It always surprises me how many large brands have still to get a mobile version of their website sorted.

Google will be letting webmasters know their website is being migrated to mobile-first indexing via Google Search Console. When this happens you’re going to see more crawling from Google’s Smartphone Googlebot (so don’t be alarmed!).

On top of this Google’s cached pages will switch over to the mobile version.

If you don’t know a lot about Google’s Mobile-First indexing, you can either speak to us or take a minute to review the developer documentation here.

The mobile guidance from Google details how web owners should be using responsive web designs or implementing mobile versions of non-AMP pages.

Google tends to use a slow and steady approach to rolling out big changes. They’ve learned from historic mass rollouts that it’s better to take it easy, to begin with. So expect that there will be small waves of mobile websites being indexed, to begin with. Once Google is happy with how users are engaging with the new SERPs they will then roll-out to more mobile-friendly websites. So if you don’t hear from them anytime soon, don’t worry too much about it.

It’s worth saying that this change is not a change in how Google ranks content – they have already changed the algorithm to weight towards mobile websites – this is about change how they gather the content.

Interestingly, Google says that the content it gathers from the mobile-first index will have no advantage over the content gathered from desktop content. However, if your mobile content is better optimised than the desktop version, or better optimised than your competitor’s pages, it’s likely your webpage will have some benefit. Additionally, Google has said if you only have a desktop version of the website, you will still be included in the SERPs – but it doesn’t say you’ll do as well as before the roll-out of mobile-first indexing.

Google has also said that from July 2018 content that is slow loading will perform less well than it has done previously. As speed has been a major signal for Google for a while now, you should take that to mean that your website needs to be fast or it will get dropped from the rankings.

There is a huge caveat on all of this. Because although we all want to have a super quick mobile-friendly website, Google has also said that should a website not be mobile friendly, and should it be slow, if it has the most relevant content, it’s still possible that that page will appear at the top of the SERPs.