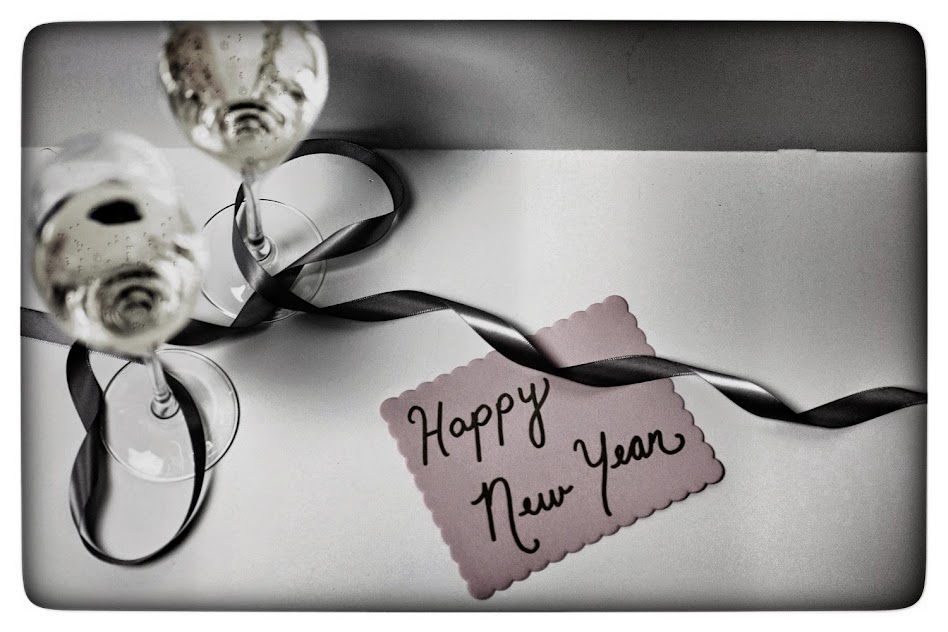 Happy New Year and welcome to my first blog of 2015! Now I know what you’re thinking – your first blog of 2015? January’s nearly over, what have you been doing for the past three weeks? Well, unfortunately for me – and GrowTraffic too, as it turns out – I’ve been having a little holiday courtesy of the NHS and your favourite SEO Consultancy’s rankings have taken a bit of a hit as a consequence.

So I’m going to kick off this year’s blog posts with a little look at what has gone wrong and why; but instead of treating you to my usual 1,500 word moan, I’m going to start as I mean to go on in 2015 by putting my Positive Thinking Hat on and we’ll see what we can all learn from this experience. Let’s look on it as group therapy, and then we can pass around the sick bags once we’ve finished.

Not a Great Start

Like the majority of businesses in our sector, we closed up the GrowTraffic office for the festive period on 22nd December, looking forward to a fortnight of well-earned eating, drinking and general relaxing, and fully expecting to reconvene on Monday 5th January 2015 feeling refreshed and ready to dive into another year of exciting Search Engine Optimisation. Little did we know that the Hand of God – or Hand of Dog as I like to call it (you’ll get it in a minute) – would intervene and throw our best laid plans into the wind. I may be mixing my metaphors slightly here, but you get the picture.

Yes, on that fateful Saturday, 3rd January, when the post-Christmas-and-New-Year hangover had not even yet worn off, GrowTraffic’s best and most favourite Copywriter (that’s me!) was accidentally bitten by my lovely, soft and gentle Husky, Mischa (Mischa, who would normally never intentionally hurt a fly, although may occasionally wish some mild torture to befall the exuberant puppy who now plagues her every waking hour). And, as would only happen to me, four puncture wounds to my left hand ring finger quickly led to a very infected, swollen and painful hand (hence Hand of Dog – get it? I’m wasted on you lot!), Septicaemia, plastic surgery, many intravenous drugs and an all-expenses paid trip to Royal Preston Hospital.

Now, obviously, one of the most important assets that a writer of any kind has (no dirty jokes!) is their hands and, unfortunately, as a result of the Hand of Dog, I was reduced from my usual two down to just one; thankfully, that one was my right hand, but my ability to work effectively was nonetheless severely affected.

In the days immediately following the accident and subsequent operation, not only was I in a lot of pain, but I was also incarcerated in the land that Wi-Fi forgot, rendering even the prospect of getting any work done futile. Since then, although the visible wounds have almost completely healed and the pain has lessened considerably, I am still left with a couple of wonky – and, to all intents and purposes, defunct – fingers on my left hand.

Once upon a time, when pens ruled the world, a right-handed writer with a fully functioning right hand would have no issue with continuing to work. Nowadays, however, what with all these fancy computer-me-bobs, efficient typing requires two fully functioning hands. I don’t know if you have ever tried to type using only your right hand and two fingers on your left but, let me tell you, it is a considerable pain in the bum; my typo ratio has increased exponentially and I could write my own book of autocorrect fails. In fact, I may have to if I don’t quickly learn to master the art of typing like your Granddad!

Back to the Point…

Anyway, I digress. The point is that, on Monday 5th January, when the rest of the world was gently waking their slumbering businesses from the long festive nap, GrowTraffic was still firmly tucked up in bed with the duvet over its head. Without its Superwoman at the helm, our poor Freelance SEO Consultancy was left to sleep on with only the minimal of maintenance and boy did our website suffer because of it.

You see, the most fundamental element of SEO – which I am continually trying to get our clients to understand – is that it is an ongoing process that requires constant upkeep; an awful lot of work goes in to claiming a keyword and once a search engine ranking has been achieved and a pattern of activity has been established, it can’t be left to fall by the wayside. A break of even a short time can result in a fall in rankings that may then take a business a comparatively long time to recover from.

Our Loss of Rankings

Hence, following a period of almost total inactivity that lasted from 22nd December 2014 until 19th January 2015, a total of four weeks, GrowTraffic dropped from position three to position six in Google for the keyword term ‘Freelance SEO Consultant’ and the visibility of our blog posts for both exact and similar word match search terms also decreased. It may not sound like a lot, but in a business sector as competitive as ours, a drop of three places can mean the difference between several enquiries a week and none at all.

On the plus side, we did manage to maintain our position in Google at between two and three for the keyword term ‘Freelance SEO Copywriter’, but this was likely to be more down to good luck than good management.

So what went wrong? Well, there were a couple of factors specifically that led to our drop down the search engine results pages;

This is the biggy; for a full four weeks, we didn’t upload a single blog post to our website; that means no new content for the spidery bods to crawl, no topical content for Google to tie us in to and no promotion of the blogs on social media to pull traffic on to the website.

Previously, GrowTraffic has been uploading a minimum of two blogs per week, and usually nearer to three or four between Simon Dalley and myself, on subjects ranging from technical issues specific to SEO to more general news items pertaining to the tech or marketing industries. Over time, we have established our website as a source of relevant content in the eyes of the Google algorithm and suddenly ceasing to produce reliable content, even for such a relatively short period of time, broke that hard earned link.

Not only did we not promote our blogs on social media, we also managed only the bare minimum of posts on both our Facebook and Twitter profiles (or any other of our social media profiles, come to that).

Whilst they are all very different beasts with diverse audiences, serving various purposes for GrowTraffic, the general goal of our social media campaign, regardless of the platform, is to increase awareness of our business and brand in the minds of our existing clients, potential customers and like-minded businesses. We have worked hard to establish our social media profiles and the sudden decline in engagement had a significant knock-on effect on our rankings.

OK, I’m not pretending that the search engine algorithms are intelligent enough to actually rank you based on your social media interaction (although they’re not far off it!), but by not engaging with social media for a few weeks, we essentially gave everyone a big fat reason to forget about us, whilst our competitors were giving those same people reasons to remember them instead. If they don’t remember you, they don’t visit your website, and SEO is a vicious circle; if they’re not visiting your website, Google won’t be ranking it.

OK, I think in the grown up world of business, this is probably called something a bit more technical than ‘being nice to people’, but that’s essentially what it boils down to.

By this, I mean employing the traditional marketing tools, such as email marketing, as well as fulfilling the more modern demands of SEO, such as commenting on other people’s blogs, rating or recommending articles on sharing community sites, re-tweeting folk and generally doing everything you possibly can to boost your online profile. It’s essentially networking, which is as important online as it is off.

Again, as with the social media point above, all of these little things in themselves won’t directly affect your search engine ranking – even Google is not that all-seeing yet (YET!), but they all go in to building your business profile, which eventually, in a lovely trickle-down effect, gets people to your website and gets your website to move up those rankings.

So What Have We Learned?

Oh, it’s the age-old question that used to drive me insane when I was young, as my well-meaning Granddad used to ask it after every horse riding show; ‘what have we learned from today’s experience’? Fortunately for me, in this instance, I can give you a much more satisfactory answer than I could ever provide my Granddad with; ‘that I was right’! (Ooo, I do like those words!).

Essentially, the point is this; if you’ve put a lot of hard work into achieving a top position in the search engine results pages, then for heaven’s sake, don’t stop! Yes, it’s a pain in the neck, I won’t even try to deny that, but that is unfortunately the dilemma of SEO today. If you want it, you’ve got to work hard for it.

GrowTraffic is no exception; as these last few weeks have proven. Of course, the biggest benefit of this important lesson is that I now have conclusive proof that I can show to my reluctant clients when they choose to ignore my eager assertions that they maintain the plan of work that GrowTraffic have successfully implemented (at their own request, I might add!).

And so, without further ado, I shall stop whinging to you all about our lost rankings and get on with doing something about it. Wish me luck!

How To Become A Great Freelance SEO Consultant

What’s The Difference Between An SEO Agency & An SEO Consultant?