How The Founder Role Changes As Your Business Grows

Adapt, facilitate or get left behind

The changing role of the founder of a business is something I’ve been thinking about a lot recently, especially with GrowTraffic turning 10 in October.

I spent the first five years of GrowTraffic’s existence working as an SEO consultant, almost entirely on my own and in my spare time, whilst I worked in fulltime marketing management roles. Sure, I worked with other consultants and freelancers, but in essense, it was just me. From the five year point on, other people started working on the business and then things naturally started to change.

Indeed, it’s the passion, excitement, overconfidence and a healthy dose of naivete that are essential to get a business off the ground. However, those very same emotions can come back to haunt a founder later on. I speak from personal experience on that front too…

Early on in my career, I recognised my skills are better aligned to kicking things off and putting people in place to get us where I roughly want to get to. But the cost of this is great, more so when you move from doing that in a corporate role to an entrepreneurial role.

Like many before me, I brought in family members to help facilitate the business’ growth, and whilst we’ve never brought in outside investment ourselves, both options inevitably mean a loss of total control for the founder.

I realised a long time ago that I wasn’t GrowTraffic’s executive officer anymore. And that is something that many founders will have to come to terms with for a business to grow and succeed. When the founder can no longer control the board, it’s as much the role of the board to help the founder understand their new role within the business as it is the founder’s role to accept it. This loss of board control can happen because of external investment, where the founder is diluted or has contractual performance clauses or even where familial/friendship relationships or simply more dominant individuals are brought into the boardroom, disassociating the day to day decision making from shareholding.

But even if a founder is performing well in the capacity of CEO, there is still an argument for that person to be removed or to remove themselves from that position. And that’s because most founders will often find themselves beyond their skillsets when they need to put structures and hierarchies and processes in place that will enable the business to progress to the next level. Success makes the founder less and less qualified to carry out the duties required of them.

One other thing to recognise is the business will often take on some or many proclivities of the founder – both their skills and weaknesses. This creates a kind of debt within the business. GT’s services are, by and large, the services I started out with 10 years ago and it’s taken other people to force the business to do the things I’ve always been weakest at. For example, outbound link building has always beeen one of my weakest SEO skills and I steered the business away from it early on, but it’s really satisfying to see and hear other people doing it well.  I try to learn, I want to have a finger in every pie but the reality is don’t need to do and know everything. It’s still a hard lesson that I regularly have to relearn.

These are some of the reasons why when investors are involved in a business, at some point or another, the founder is going to have to be told by the investment team “thank you for making the business a success but we’re going to have to let you go…”

It’s never easy. Whether it’s something the founder comes to terms with or whether they are told they have to go, it’s going to be problematic. It could take months, and they could be a thorn in the side of the board for months and years, even if they are given a new position within the company.

Part of the reason for this difficult period is because the strengths the founder needed to create the business then become weaknesses. Emotions take over.

I recently read Rand Fishkin’s book Lost and Founder, about his changing role as founder to CEO to chairman to contributor, and touching upon his departure from SEO software company MOZ. This brought the issue further to my mind. I’ve been reading Fishkin’s content since something like 2008 and I already knew some of the struggles he’d gone through. However, I read this book through the lens of my own role as a founder of a business and many of his stories and the underlying bitterness – both for the outcome and for his own failure – truly resonated. If you’ve not yet read it, go and get it.

I recognise that if I remained in total control of GrowTraffic, the business wouldn’t have grown to where I want it to get to. But I am clear in my mind about the ways in which I retain influence and ownership – perhaps too rigidly still – and this can cause conflict. If we ever needed to bring in external finance, I expect I would have to relinquish my remaining control over the business and perhaps even my claim on the ownership of the GrowTraffic brand. We’ll cross that bridge when we come to it though! In Lost and Founder, Fishkin details this as being the start of the new journey. Perhaps it would be for me, also.

In a similar manner to many founders, when I started GrowTraffic it was about power and control in my own life. I wanted to create something that would enable me to not be dependant on getting marketing manager roles in corporations and continually being at risk of having to find new employment every few years. What I realise is there is generally a playoff between power/control of one’s own life and earning capacity. This is known as The Rich Or King Paradox or The Founder’s Dilema.

This paradox is something I find myself wrangling with. It’s a head vs heart thing for me. I am not motivated by money, however, I am motivated by control of my own life. But I recognised and continue to remind myself that I would like GT to become something bigger than I think I could make it on my own. I’m sure I’m not alone in experiencing this dichotomy.

That’s not to say a founder can’t learn and adapt and become just what’s required of them for the business. It happens, but the odds are stacked against us. 25% get to IPO stage, I suppose there is hope.

There’s a lot of advice out there to founders of businesses about how to develop your own learnings, improve the way you communicate and get to the point where you can scale your own business. However, I believe The Rich Or King Paradox is the main framework a founder should consider when confronted with their own failings and their future role within or without of the business. Understand what motivates you and what you want to get out of it.

I was also given a piece of advice a long time ago, when I was a marketing manager with a team of execs. The advice was: “Think of management like sheep farming. Most managers try to be the shepherd and struggle not to be the dog. The best managers try to be the auctioneer and end up being the shepherd.” It’s easy to micromanage when you’ve done all the roles and have your own ways and insights, as many founders do. Don’t be the dog.

And remember your emotional health is going to affect everything about the business and the people within it. Learn to become more self aware and more company aware. And celebrate when the business you founded grows beyond you. 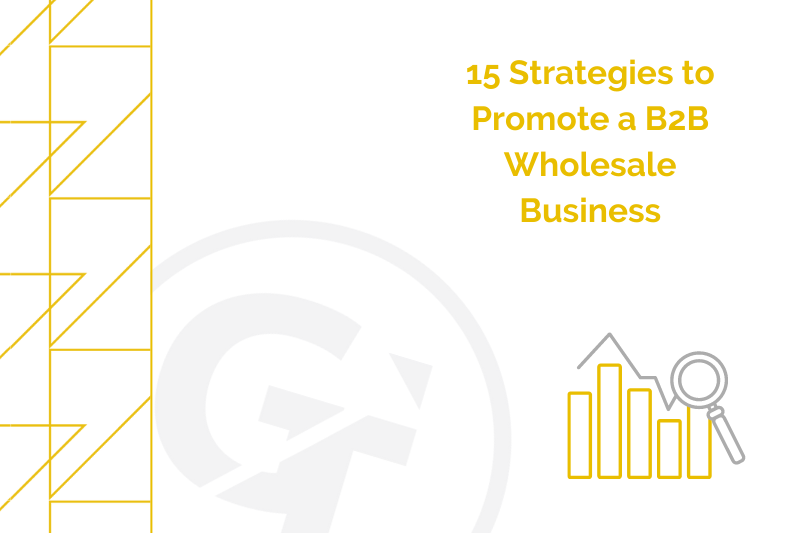 Which Ad Network is Most Effective for B2C Businesses?

Best Ways to Find New Clients for an Internet Business

How The Founder Role Changes As Your Business Grows