Is Networking Bad For Your Business? 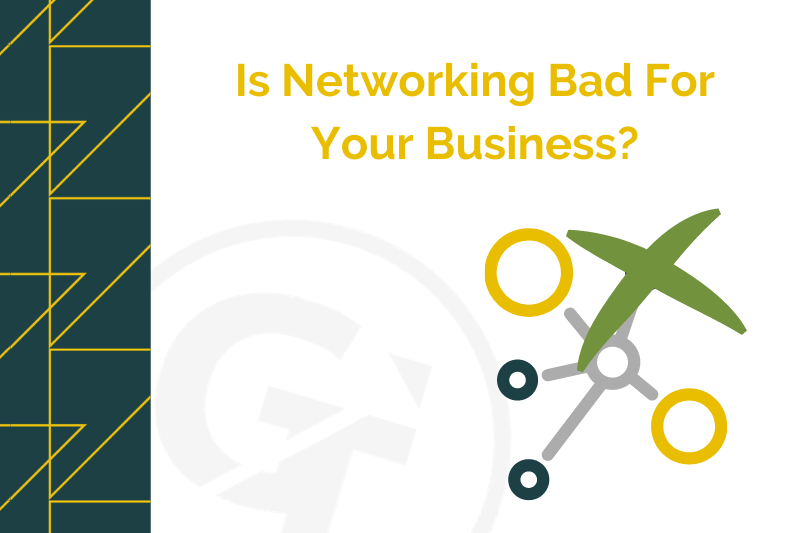 Networking has been one of the most important parts of GrowTraffic’s growth over the last 11 years, as it is to many businesses. However, whilst many business owners may see it as essential, it can have a detrimental impact on the long term success of a business. And you probably won’t realise it until it’s too late.

Here’s a quick caveat, when I talk about networking, I’m going to be talking about organised networking groups. So I’m not talking about those ad hoc networking events you might find yourself attending at conferences or for things like launch events.

I remember the first time I went networking as GrowTraffic. It was probably around one year after I’d launched the business. I’d got to the point where I was dealing with the enquiries I was receiving from the website but wanted to make some connections that would provide a more stable income.

For the next few years, every other Friday morning I went to breakfast networking in Preston. To a networking group called Shout Network. It was an investment that paid for itself, helped me grow and enabled me to meet a lot of very successful individuals and get some new opportunities.

I remember the first few times I attended. I used to stand at the back of the room near the coffee not really knowing what to say or do. I started to meet a few other people in similar industries and before long I was getting the swing of it.

It wasn’t until my first presentation about me and GrowTraffic that things started moving for me. At this point, I was ranking at position one for the term Freelance SEO Consultant – when that actually was a national ranking – and I was listed amongst the top 200 SEOs in the world. From that presentation on I regularly received work from networking and was invited to speak at much larger events.

But I never relied on networking customers because I was always focused on attracting conversions through SEO, something I was fairly successful at.

Networking To Attract A Different Market

When we brought the first employee into the business, GrowTraffic’s client base was still relatively national, reflecting the leads the business was receiving, but it was apparent we needed to find local businesses.

There were a number of reasons for this, not least because SEO was changing and Google was changing, but also because I was struggling to service the national clients. When Rachel started working on GrowTraffic she experienced similar problems. Bear in mind this was ages before Zoom exploded and people still expected face to face meetings, something that wasn’t suited to me, as I was still working in a full-time marketing role or for Rachel, who was a working mother with a chronic back problem and with limited child support.

I’d moved the business from Preston to Rossendale in 2013. I persuaded Rachel to start networking locally because I recognised that enquiries from the website had slowed down due to the localisation of Google’s search results and I knew she would have to create a new local customer base and because as I was still working full time it wouldn’t be something I would be able to do.

This has been great for the business in many ways and for us individually. It has also been bad for the business in many other ways and this is something that has become more apparent over the last year or so. Referrals are central to our customer acquisition efforts. Sure we get enquiries from the internet but they often aren’t great and they don’t perform as well as referrals we get in through networking.

Does Networking Point Your Focus In The Wrong Direction?

GrowTraffic has three directors and we are all networking on behalf of the business. We all generate business and the networking we do pays for itself and then some. But what it has also meant, and it is fairly shameful for a digital marketing agency to admit, we have never perfected our digital marketing efforts into the lead generating machine we would normally build on behalf of our clients.

It means the referrals we receive are all of a certain level. They are great businesses, but they often aren’t the kinds of businesses we would prefer to work with and are not as big as we are fully capable of dealing with. But they keep us so busy we don’t spend enough time finding the ‘right’ businesses. I see a similar thing with a lot of the businesses we network with, with their clients often remaining small scale and never quite growing to achieve their potential.

All networks are different and there is no doubt that some networks provide more valuable clients than others, but the problem still remains; you are always at the mercy of the network. Referrals from networking should be the icing on the top, not the cake. Wouldn’t it be best to create a business that drives its own direct enquiries from across your whole target market and not just from businesses that are connected to your networking activities, who let’s face it, often don’t neatly fit into your target market.

Networking Can Make You Busy With The Wrong Customers

For us, we need to be speaking to marketing professionals who are running the marketing teams of medium to enterprise size companies. These guys aren’t networking and generally speaking, most people at networking groups have very little interactions with those types of people. But we always win business from networking often because we can work with the small business owners who are there.

This keeps us busy and keeps us in business, but it does so little to get us towards the companies we know we should be dealing with, that in the long run – and I’m talking about something that you do for years – it can be very harmful to a business’s potential. Networking and attracting the wrong business from the network can stifle your business and it does for many. But you still think you’re doing the right thing.

Is Networking Really Working For You?

I used to say “at least it washes its face” knowing that our networking doesn’t make us loads of money but it doesn’t cost us anything. But is it good enough to do something for so many hours every week or two for years just to cover its costs and perhaps stick a bit on the side? How could that time be better spent? And if you had invested the money in another way of generating leads would your business have grown faster and scaled in the direction you would really have liked it to?

Over the last 12 months, we have spent around £600 on one of our networking groups, which has in turn generated around £4,000. Hey, that’s great, it’s made several multiples of itself. But looking at the other lead sources we use, we could spend a couple of hundred pounds to acquire business worth tens of thousands of pounds – and that’s without putting time into nurturing a group of people to the point that so they might be able to refer to you.

So if we had spent the same amount of money on lead acquisition, it’s likely we would have generated enough to pay for another two employees for a whole year.

But what about the time we spend there as business owners? I believe we only have a finite amount of mental resources and if you’re trying to do networking properly it can take a lot of that.

You’ve Got To Do Some Networking…

You’ll know that you’re stuck in this situation if you are asking yourself how to find members of your target market and your go-to answer is to do more networking or to go to different types of networking groups. It may be part of the solution but ultimately you need to work out how to get your potential customers to start approaching you. That’s what we do for our customers at GrowTraffic, we create digital campaigns that funnel your potential customers through the buyer journey so you get regular enquiries from hot leads who are chasing you and not the other way around.

Is Networking Bad For Your Business?