It’s a funny old world sometimes, this early part of the 21st century has seen a massive growth in nationalism, something I find fairly abhorrent, recently I’ve started asking myself how much of a part I have to play in the increase in nationalism due to my role as as a SEO consultant and online marketer.

Overall, on a day to day basis I’m interested in getting as many people as possible to look at the websites I work on, that helps them to generate more leads and more sales – great. Lot’s of the time I do care where they are coming from. If I am working on a UK based website it’s more than likely that I’ll only be going after UK based visitors, saying that I don’t mind if I get some more traffic coming in.

When I read news, I get my news from all around the world, although on the whole I probably rely on the BBC and other UK based – however I’m definitely being influenced by the cultural output of other countries – personally I think that’s a good things. There are a lot of people out there, and seemingly an increasing number of people who don’t necessarily think that’s a good thing at all.

I suppose I’m thinking about Scottish Nationalism here in many ways, but also about Quebec nationalists, Irish Republicans, Basque Nationalists and even the interesting world of Chinese Cybernationalism. I can’t help that thinking the internet has brought about an interesting idea, a sense that the world is increasingly getting smaller. technological advancement always makes the world feel that bit smaller because of the time it takes to cover distances, either physically or from the point of view of communications.

In the case of Scotland it’s a bit different, there has always been a sense that Scotland is an independent country within the United Kingdom, however what the means seems to have changed over the last 30 years or so, and the internet has only severed to advance this – but it doesn’t have to be. I still believe we are better together – and not just Britain, but humanity as a whole. it’s notable that the BBC has moved to Manchester – proximity from London (and the countries major institutions) has to have had an affect at making some in Scotland feel more than a little alienated and I’ve got to think that by moving our major cultural institution closer to Scotland we are going to see a more inclusive approach to coverage. 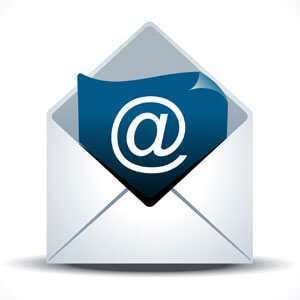 Does the internet disconnect us from our local economy?

This sense that the world is getting smaller has in my opinion lead to people feeling disconnected from their local economy, in the past if people wanted to make money to pay for the house over their head by and large they had to go out into their local community and make it happen. In the information age we no longer have to go out into the world, we only have to upload things to the internet to sell anywhere in the world.

Ironically, this sense of ability to go out engage with the economy of anywhere in the world seems to have brought about a reversal of the trend towards state-building which saw the growth of the UK, the USA, Germany as well as a lot of countries that have formally developed in Africa and Asia over the last 60 years or so. It may be the very fact that we feel less engaged with our geographic economy that we need to find a new reason for our cultural heritage, after all our cultural heritage is a very saleable commodity which is often suppressed when states come together.

Personally I see this as being an unfortunate backward step in the development of a global system (my wife says that’s because I’m English – although as I’ve pointed out I feel British rather than English – she also says as an English imperialist I would say that…..), the movement towards nationalism that is probably a backlash to the rapidity that the world is getting smaller is a cultural dead end and hopefully something that we’ll come to terms with in the future.

I guess as a search marketer, blogger, social media bod, and rapidly seems to be becoming social commentator based on the last few blogs, the only thing I can do to contribute towards a moderate, level headed approach to the language we use that takes into account the cultural bias I no doubt bring to the table.

If you would like to know more about how the internet is encouraging nationalism, give us a call. We would love to talk to you. Email, [email protected] phone tel:016170620012