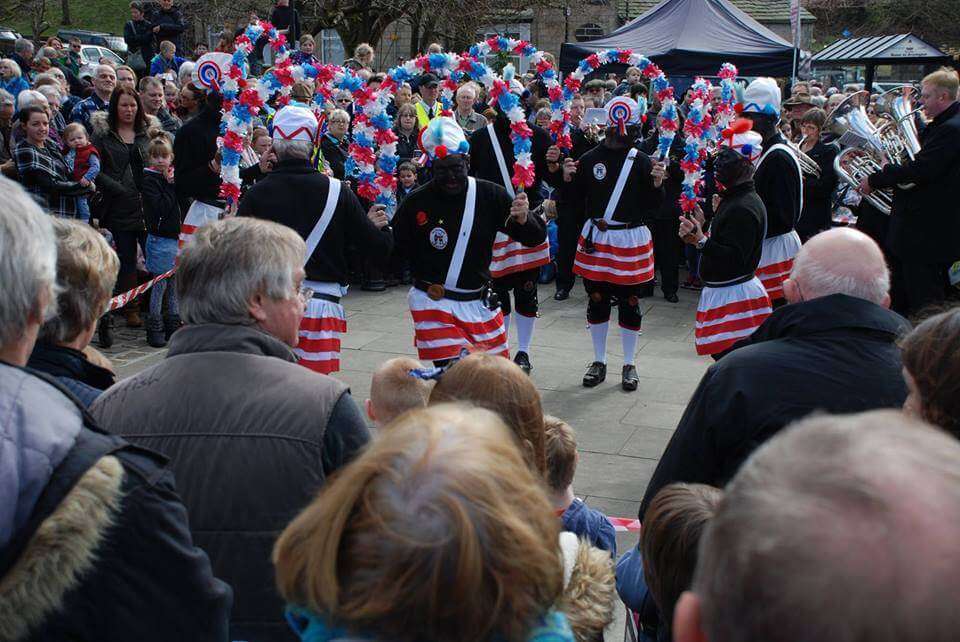 Slightly off-topic today, but I wanted to create a post about why we moved to Bacup, just in case you’re wondering what an seo consultancy is doing in the darkest recesses of East Lancashire.

Bacup has been described as “the most Easter-y place in Britain” by some, and a parochial backwater slum that needs to be escaped by others. What is certain, Bacup is rapidly becoming one of the newest members of an elite group of former Northern cotton towns that make up Manchester’s Central Pennine Commuter Belt.

If you heard a place being described as an Easter-y kind of place, you’d be forgiven for imagining some cutesy, chocolate box, picture-perfect little village. It would probably have the odd thatched roof and all those typically Easter-y things, such as fluffy chicks and egg-rolling and maybe the Easter bunny. In reality, that town, described as the most Easter-y place in Britain is, in fact, a damp former mill town, high up in the Pennines, on the Lancashire side of the border with West Yorkshire.

It is run down, however, its beauty shines through. Stone terraces, built by Victorian mill owners for their workers, stretch out in lines throughout the town, drawing the eye to the huge and imposing moorland that crowns the valley in which the town sits.

Once you visit Bacup, you’ll have the feeling you’ve seen it all before. The conservation area in the heart of the town is often featured in TV series that require the look of a Northern mill town that’s past its best.

This run-down mill town look isn’t one that’s going to be around for too long though. The town is rapidly developing and whilst it’s maintaining echoes of its industrial past. Old mills are being turned into facilities such as the local health centre, or the Morrisons’ supermarket, which mimics sooted stone walls – hinting at the former mill building it replaced. And the town is also seeing a swathe of new build houses drawing new families and new life into the town. In addition to the new developments, the town was recently awarded a huge redevelopment fund, which will see the town centre that has been largely untouched for the past 80 years, brought back to its former glory.

In terms of the Easter-y-ness of the place, one of the things that makes Bacup stand out is the town’s local Morris/folk dancing troupe known as the Britannia Coconutters.

The name of the troupe comes from the wooden nuts worn on the dancer’s knees, waists and wrists. which are used as a percussive accompaniment to their unique dance. The dancers blacken their faces, which often raises eyebrows. In the heart of the Pennine Valleys it’s unquestionably accepted as a centuries-old tradition that’s related to the troupe’s heritage in the mining community or from the travelling minstrel shows, and it’s staunchly defended as part of the town’s cultural heritage.

The Coconutters perform a “beating of the bounds” ceremony every Easter Saturday, which see eight dancers and one “whipper-in”, accompanied by the Stacksteads Silver Band, travelling over seven miles across Bacup, with regular stops and dances to mark their progress; regularly imbibing beverages at the town’s pubs along the way.

It’s a pretty town with some peculiar folk traditions, but why are people working in Manchester suddenly starting to seriously look towards Bacup as a place to live?

If you wanted a bit of Pennine valley and Pennine moorland beauty, as well as a quirky, characterful town that could provide a pull to cosmopolitan Manchester city livers, you’d naturally look to Bacup’s neighbours: Todmorden and Hebden Bridge. Bacup would have seemed like a very poor relation indeed. But there is a shift; there’s an increase in culturally diverse shops opening; there’s the reopening of the town’s theatre; there’s the town’s nationally acclaimed mountain bike course carved out of an old quarry; there’s history at every turn and of course there’s the redevelopment of the town centre, all adding to the desirability of the place.

Edit: Since writing this blog, the town centre redevelopment has taken place and boarded up shop fronts are coming back to life, as new businesses move into the town. There’s a real energy about the place.

After all, where else could you buy an old farmhouse with acres of land for less than a few hundred grand? Or pick up a beautifully characterful stone terrace for £40k? Whilst also benefiting from some fantastically large new builds, which are now being built for those looking to live in the town.

You might think that Bacup is in the back of beyond, however, it’s only 20 miles from Manchester, making it closer than many of the commuter towns in West Lancashire. OK, the station disappeared with Beaching’s Axe, but bus services will take you to Rochdale, Rawtenstall, Todmorden and Burnley – from there you can go anywhere. If you’re driving, five miles away is the M66, in half an hour you can be on the M62, it’s six miles to the M65, from which you can get on the M6 and M61, and perhaps most importantly, it’s only 40 minutes to central Manchester.

The rail connection six miles away in Todmorden has always been a good option for those looking to commute to Manchester or Leeds, however, in March 2015, Todmorden Curve was reopened meaning locals can now head north to Burnley and Blackburn. In addition, there is growing clamour for parts of the East Lancashire Heritage Railway in Rawtenstall to be reinstated as commuter service that would see a rail service operating only four miles from Bacup, carrying commuters to Manchester in less than 30 minutes.

So if you’re sick of the concrete jungle and want to escape the city rat race, if you’re looking for beautiful countryside on your doorstep, want a large house on the cheap and are prepared to take a punt on a former mill town gaining a flavour of its cosmopolitan cousins, then Bacup could be the place for you. If you love Easter, you’re probably already checking out houses!

9 Comments In This Topic Cancel reply