I’ve watched a little viral miracle occur this week over my social media platforms and it’s got nothing to do with marketers or SEO-ers, but rather with a little boy from Manchester who has – almost single handedly – caused an internet sensation.

It’s practically impossible for even the most seasoned of digital marketers to predict what will go viral or when, and so it’s understandable that this turn of events has left the little boy’s family a little bit dazed; it’s certainly clear from their response that they had absolutely no idea of the impact their little video would have.

And yet really, when I sat down and thought about it, it seemed completely reasonable to me that this should have happened, and not purely because it is such a worthy cause; it genuinely ticks all the boxes for an internet viral success. So, having done said thinking, I thought I’d tell you lot about it too; so here we go, it’s the story of Seth; The Internet Sensation!

Seth is the son of a girl who I went to High School with – Leanne Lane – and her husband, Nik. Seth is the same age as my own son, 5 years old, but he was unfortunately born with Severe Combined Immunodeficiency, which essentially means that he has no immune system, making him extremely susceptible to disease and resulting in him having spent over half of his life living in a sterile environment. For obvious reasons, this has led the disease to be dubbed ‘Bubble Boy Disease’, as the child effectively has to live their life isolated from the rest of the world, in their own little bubble.

To make matters worse, Seth was given a life-saving bone marrow transplant as a toddler and the initial signs following this operation were positive, but a short while ago his body began to reject the donor immune system, leaving him incredibly poorly once more and back in his quarantine ‘bubble’.

Seth is now awaiting a second bone marrow transplant, which will be donated by his parents, but the cruel irony is that he must wait until he is well enough for his little body to survive the operation before he can have the transplant that should stop him being poorly. 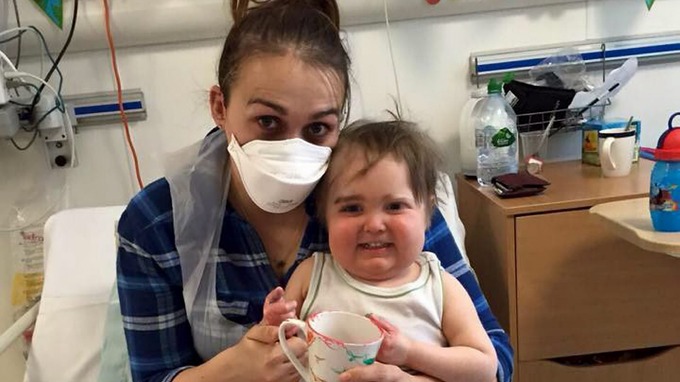 In February 2015, in an effort to make sense of what was happening and find some form of release, Leanne began to write a blog about Seth entitled Our Little Hero, which talked about Seth, his condition and their fight to make him better. They were not looking for sympathy and not wallowing in self-pity, but rather discussing their situation dispassionately and showing that Seth is more than just a poorly little boy.

On his 5th birthday, Seth spent most of the day in bed, in isolation, in hospital and it was because of this that Leanne and Nik wanted to show Seth that he was not alone and not excluded from society, and so the Wear Yellow For Seth (#WearYellowForSeth) campaign was born. The idea is simple; that everyone wear something yellow (Seth’s favourite colour) on 27th March, post a photo on social media – stating their location – and those images will then be used to create a map of support on Seth’s hospital bedroom wall.

Having already begun to promote and circulate the campaign on social media, and rapidly gaining support, Leanne and Nik filmed a video of Seth, in which he sits on his hospital bed and holds up cards that ask the viewer to join the cause.

Within a day the video had gone viral and been seen by hundreds and thousands of people all around the globe (as I write this blog, the viewer count is still increasing exponentially and has certainly passed a count of several million). The response was immense; people from all walks of life contacted the family to offer their support and the event was written about everywhere, both on and offline. Facebook and Twitter in particular went insane and You Tube obviously had its fair share of attention too.

Clearly astounded by the response, Leanne and Nik posted statements on Facebook thanking everyone for their support and stating that they were trying to respond to every message personally. Whether or not they have any social media or digital marketing background I don’t know, but I doubt from their response that, even if they had, they still didn’t expect the level of response that the video gained.

Now it’s notoriously difficult to manufacture an internet viral sensation; many people have tried it but that way madness lies. Personally, I think that’s because the majority of people are wise enough to smell when something’s not real, but that implies a little more faith in the intelligence of humanity than I usually harbour so I’m willing to accept that I’m deluding myself on that one.

Nevertheless, in my humble opinion, Seth’s video had all the makings of an internet sensation from the very beginning; whilst Seth’s family might have been gobsmacked by the response they’ve had, I wasn’t (clever me, eh?!?).

In addition to being genuine, these are the other main things that the video got right:

Can It Be Done Again?

None of the above reasons are very complicated or difficult to put into action, and yet it would be a mistake to think that they can be used to make a blueprint for viral sensations. As I said before, it is virtually impossible to manufacture this type of content and also completely impossible to predict what will or won’t go viral.

The viral video is quite literally the Holy Grail of digital marketing; despite much searching, no one has so far been able to unlock the secret to viral success. That’s probably a good thing, in my opinion. And so, to answer the question; yes, of course it can and will be done again but I imagine it will be more by good luck than good design.

In the long run, the world of online marketing will continue turning and viral sensations will come and go, but the more important aspect of this story is not the marketing angle but rather the little boy at the centre of it. In that respect, I and everyone else at GrowTraffic wish Seth and his Mum and Dad all the love and luck in the world and we will most definitely be Wearing Yellow For Seth on 27th March 2015.

Which Are The Leading PPC Agencies In The UK?

Who Is The Leading Content Marketing Agency In The World?