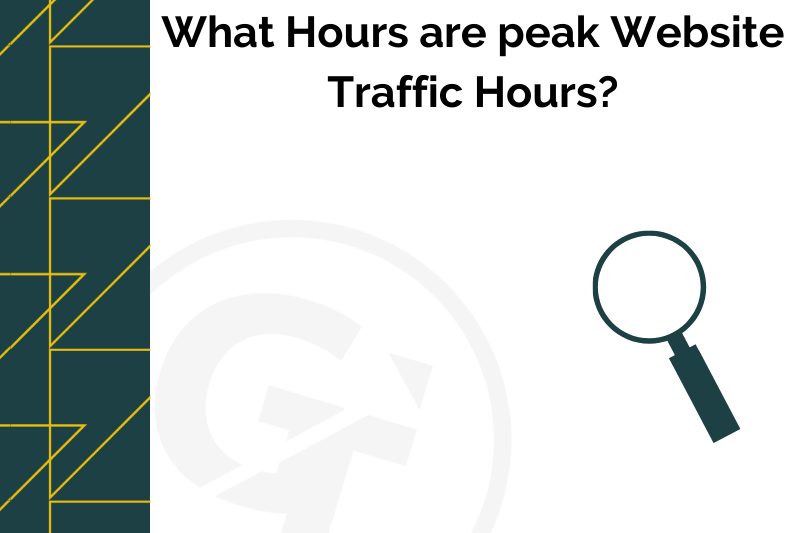 The time is between seven and nine pm at night.

With even higher levels during the week, this is described as the internet rush hour.

A report dated 2017 suggests that the daily web peaks of these websites are between nine am and midday. Then afterwards, it will start to decline throughout the rest of the day, levelling out and collapsing at 4 am.

You can track the peak website hours through Google Analytics as it shows the numbers of the data going up based on the date and the time of the month and how it will change over time.

How To Track Peak Websites Traffic Per Day?

When on Google Analytics, you can also track the websites and their traffic day by day, and you can do this by choosing its range, then go to the audience an overview and click on the day button to view the day traffic.

In 2015, the international union ranked about 3.2 billion people, would have been on the internet by the end of the year.

Below are some of the figures of how internet use has gone up over the years;

How Do Mobile Devices Change The Period Of The Internet Rush Hour?

The number of times people use their mobile phones and the data they use has dramatically changed in the last few years.

The levels of the content that is consumed by all of these mobile devices are on mobile phones and also on tablets too.

Will the internet rush hour change how people act and behave with their mobile devices when they can be on their devices during a particular time of day, for example, lunchtime or on their way home from work or school on the bus or the train.

There is no evidence or sign of this happening at this current stage or that it could happen too. But if we were to look at some possible numbers, this might be a clue that this could change in the future.

Can The Use Of Other Areas Of Technology Change The Internet Rush Hour Problem?

A report has stated that a new receiver for high technology data at its rates.

Overall, these other data areas could not help with this problem as it is high of a speed to be solved correctly, which could make the situation even worse.