What Is A Knowledge Graph In Google Search? 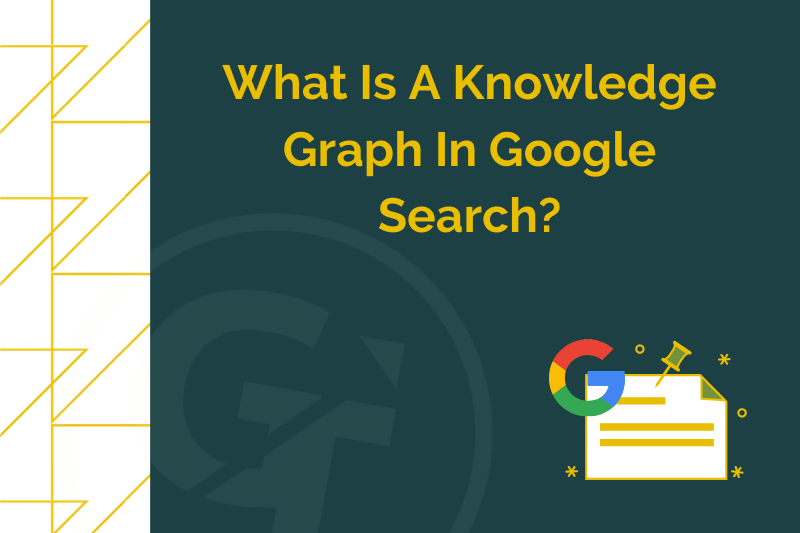 The Google Knowledge Graph is part of Google’s SERPs, they use it to enhance the results by including elements that wouldn’t ordinarily be returned for a query or by pulling out a specific response that deals with the query particularly well. 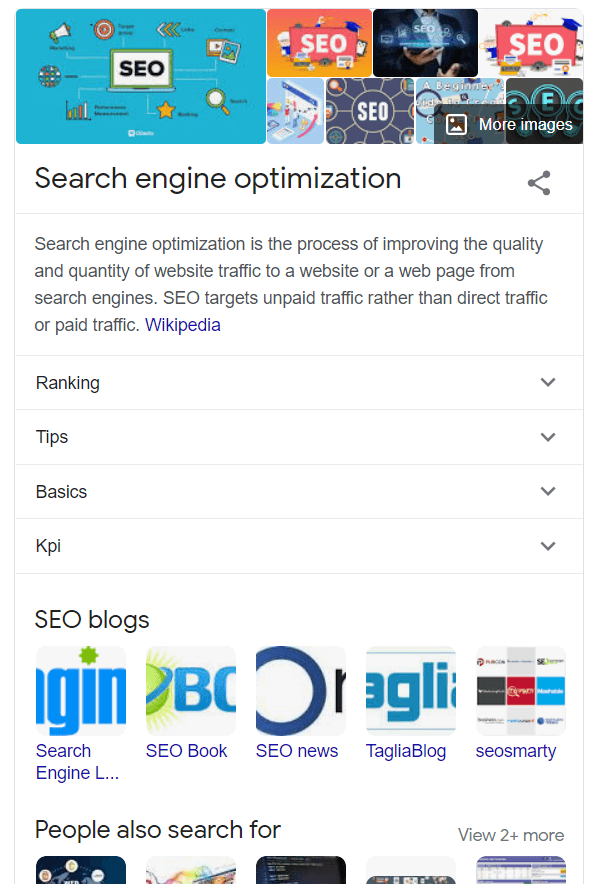 The information from Knowledge Group is outputted in a knowledge panel, which normally appears next to the SERPs and sometimes at the top of the SERPS. These started to be rolled out by Google in 2012.

The Knowledge Graph is also central to the way voice search works because the results you research when you make a voice query come from the knowledge graph.

Google has been criticised by a lot of people about the knowledge panels and for numerous reasons. Probably the obvious one is that they reduce the clicks from Google to organisations websites. In fact, Google’s Knowledge Panels are said to have had a significant impact not only on the readership of Wikipedia but also on the business’ revenues since 2014.

Lots of people want to appear in the knowledge panels and it’s far to say they do give your content more prominent but you’ve got to ask yourself the question do you really want to appear in them all the time because if you do it’s possible you’ll end up with a reduced click-through, even though your content is more visible. I’ll put a caveat on that, that is the prevailing logic in the SEO community, however, when we’ve been fortunate enough to appear in those infoboxes we’ve always seen an increase in performance for those queries.

Whilst the jury is out on whether it’s a good thing from a traffic perspective to always be in the knowledge panels, it’s undoubtedly good for brand recognition. By being positioned as a standout brand for your given search query you can shine over your competitors and you’ll likely enjoy some awareness halo effect even after you no longer appear in the infoboxes.

If you do want your business to appear in the knowledge panels then you are going to have to help Google continue to build their knowledge graph and that means creating content that genuinely answers questions and in ways that other people haven’t thought of.

What I mean by this is you’ll need to look at the way other people are answering the questions and make sure that you aren’t just regurgitating what everyone else has said in a slightly different way but also that you’ve added something unique.

Crucially though, you have to be providing facts. Those facts need to be inclusive but succinct enough that the content will fit the pixel limit of their knowledge panel infoboxes.

We’re increasingly seeing organisations including a TLDR section at the top of their articles. These are generally ideal summaries that can be picked up by Google for use in the Knowledge Graph and as a knowledge panel.

Google suggests that your post should include an image that has an image ratio of 3:4 and that’s at least 1000 pixels.

Be aware that the featured snippets section is different from the knowledge graph but I’ll save that for another blog.

Crucially though, if you want to get in there you’ve got to create a load of content on one topic to demonstrate that you’re an authority before you’ll find yourself getting picked up. So first thing’s first, bash out a load of content.

What Is A Knowledge Graph In Google Search?