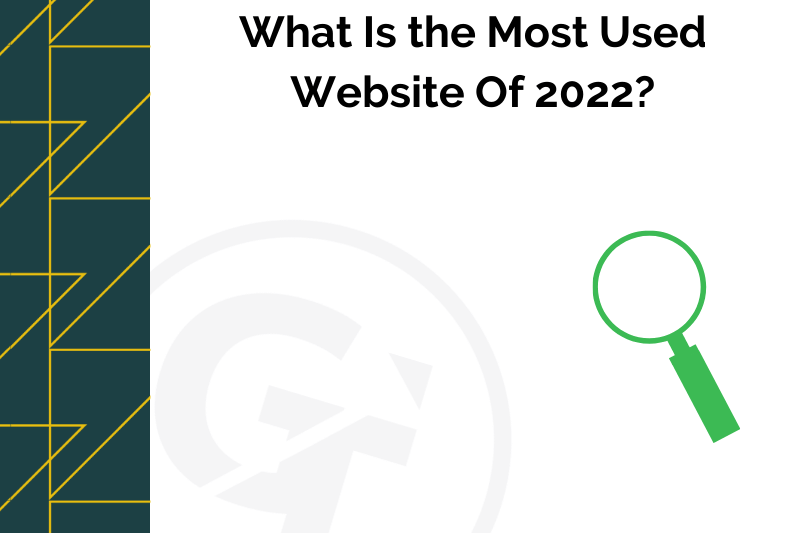 Google is the most used website as it dominates other search engines like Bing and Yahoo, with over 5.14 billion searches taking place on Google each day.

Google holds first place in search with a stunning difference of 88.28% from second in area Bing.

According to statistics from Statcounter, Google is dominating the market in all countries on any device (desktop, mobile, and tablet).

Today, billions of users will rely on Google to display their daily searches.

Other than being a search engine, Google also provides other services. This includes Gmail, their well-known email service, Google News, Google shopping, and a video and image outlet.

With Google being the most popular website in the entire world.

Google has dominated the entire search engine market. In fact, as of January this year (2022), Google holds 91.9% of the overall market shares.

Since Google’s introduction in 1998, all the other known search engines have found it difficult to reach the same high level as Google.

Over the past ten years, Google has been able to maintain the high market share of the search engine market. And it even makes the majority of its revenue through its advertising.

1.   How many are Google Searches Conducted Per Day?

The latest data from this current year shows that over 99,000 searches every single second. This then makes more than 8.5 billion searches a day.

In 1998, Google was already processing over 10,00 search queries per day. However, compared to the end of 2006, the same number of searches were processed in a single second.

So, in less than a decade, Google went from not being that known to a crucial part of people’s everyday searches worldwide.

Launched in 2017, Google Lens is powered by people’s intelligence and machine learning. It guides users to find things through their cameras. To get this to work, all they do is point their camera and the object and ask Google what it is.

Google Lens can recognise up to a billion different items. In addition, it has asked more than one billion questions (Google 2019).

When we look at the number of Google searches based on your device, 63% of Google’s organic search traffic has been found from mobile devices.

When looking at the types of searches on different devices, the searchers will want to conduct local searches, looking for an answer to a query and where it is located.

4.   What is the Most Searched Query on Google?

As of 2019, Facebook was the most searched keyword on Google.

The second most searched keyword on Google is YouTube, and the third is Amazon.

The top three most searched queries on Google have passed the volume of over 100 million searches in a month. This search volume shows how many times and ways a keyword gets searched on Google per month.

The demand for these keywords changes from one month to another, and then the number is added up as the annual average.

To be precise, 84% of people use Google 3 plus times a day or more often.

Google has introduced new components to search results that were just getting used to a decade ago. With the updates, many quick searches are then being answered even faster.

We now also get better results for what we are searching for, especially for videos and images, where this should have been an option in the first place.

Since Google has sky rocketed in the digital marketing industry it has briefly been taken over by TikTok at the end of last year in 2021.

Reasons To Start A Business Blog

Why SEO Should Matter To Manufacturers

5 Benefits of Digital Marketing For Manufacturers